Try Online fundraising with your Pledge Sheet. Hey folks, why not try our online fundraising this year? When you register online it saves us up to 50% in paper and processing costs. This means we are able to give more funds directly to research. And this, after all, was Terry’s mission. People who fundraise online generally raise 30% more! 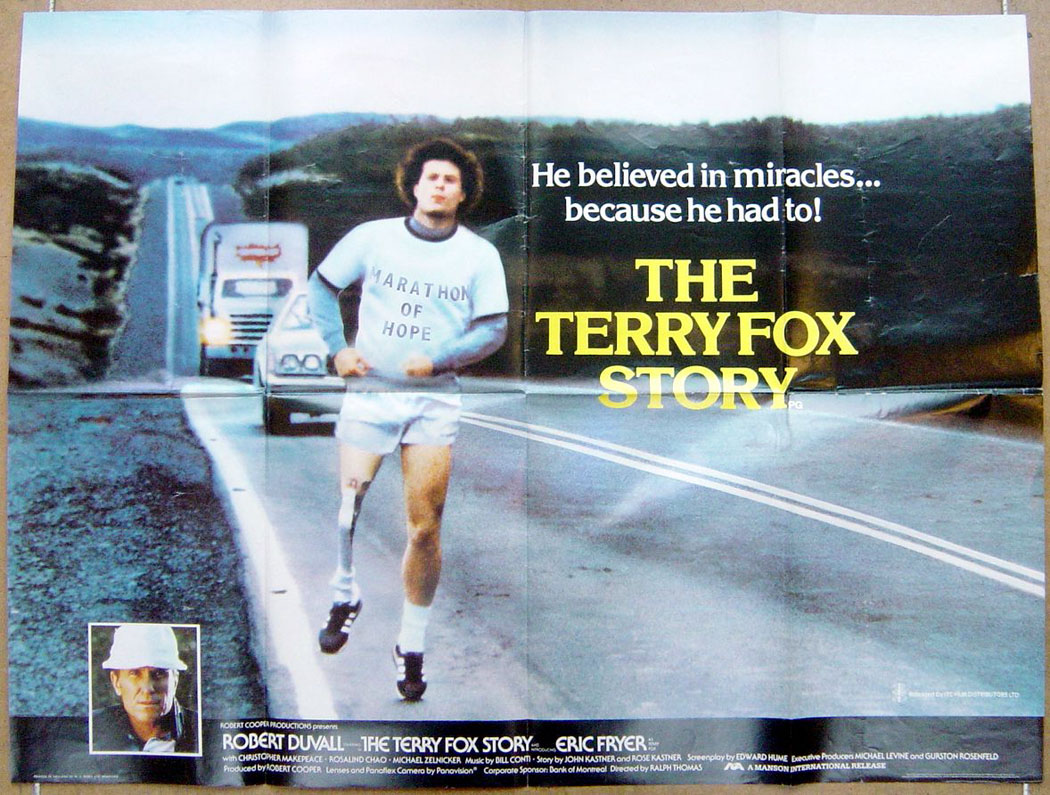 Terry Fox, the one-legged runner from Port Coquitlam, British Columbia, made an indelible impression upon people across Canada and around the world. An outstanding athlete with a stubborn and competitive spirit, he lost his leg to cancer at 19, but said “nobody is ever going to call me a quitter.”

On April 12, 1980, Terry Fox set out from St. John’s, Newfoundland to begin the run across Canada that he named the Marathon of Hope. His ambition was to raise a million dollars for cancer research. It wasn’t easy. Initial support from communities varied from terrific to nothing at all. His prosthetic leg was painful to run on, and there were always traffic and extreme weather conditions to deal with. But, by the time he reached Ontario – a journey of more than 3,000 kilometres – word of his achievement had spread, and thousands cheered him and followed his progress. Terry’s spirits soared, and now he hoped to raise $22 million dollars – one dollar for every Canadian. He succeeded in this ambition, but the Marathon of Hope ended near Thunder Bay, Ontario on September 1, 1980. The cancer had spread to his lungs, and, after running 24 miles in one day, on the next he could run no further.

When cancer finally claimed his life in 1981, Canada mourned the loss of a hero, but the Terry Fox Marathon of Hope lives on. The Terry Fox Foundation raised more than $17 million in 1999, and support for the event nationally and around the world is growing.

From the Hardcover edition.